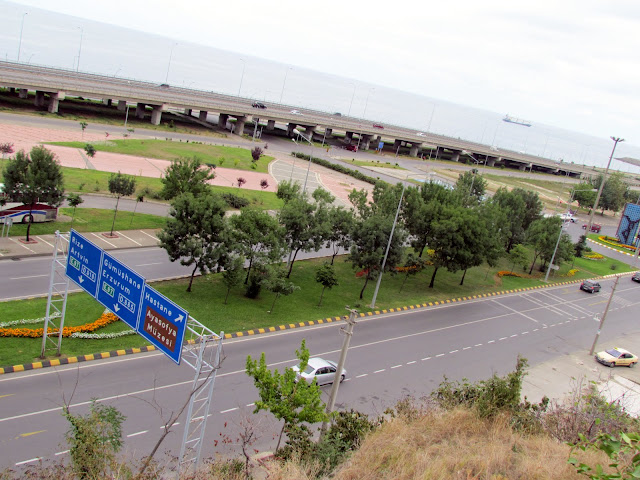 The planned leg from Göreme to Malatya was the longest in the journey: more than 415km. Google Maps’ directions was giving me an estimate of 6 freaking hours for arrival, but I wanted to get there much earlier, so I was driving a little fast.

Somewhere in the middle of my path, I noticed an automatic speed radar and dropped my speed to about 100 km/h. After the accident, my speedometer gauge did not work, so I had to figure the speed out purely based on perception and experience.

About a kilometer after the radar, the police pulled me over. Just like that — a cop pointed at me with a finger and said in a mike — “Sıfır dört üç dört APA”. That is “Zero four three four APA” — my license plate. I knew I had to stop. There were three policemen again.

“Hi, I speak English, what is the problem?” I greeted the policeman

“Merhaba” This time around none of them spoke any English.

“Hello! Is there a problem?”

No response, shows with fingers that he wants my driver’s license. I give it to him.

“Motosiklet?” he wants to understand whether or not I am allowed to ride a bike.

I point at the “A” letter under my photo, then turn the license around and show the legend for “A”: motorcycles, mopeds and other motorized vehicles on two wheels.

(no response, talks something with his colleagues)

“Speed.” he then makes a gesture suggesting that I get off the motorcycle, take off my helmet and follow him.

As we approach their car, he takes a piece of A4 paper and writes “99” on it, then draws a circle around it. “Limit!” he says.

“OK, I know, but what was my speed?” I point at myself

I ask him to follow me. I show the broken speedometer gauge. Then I take out my accident report filed by the Turkish traffic police. He reads it attentively, and nods.

He nods in empathy. Tells my story to his colleagues. But they don’t change their minds.

“So how much do I have to pay?” I make a gesture with my fingers of paying money

“Hayır!, Hayır!” (No!, No!) I think he gets me wrong. He shows me a document where it has instructions in Turkish and English. The 3rd point says that foreign drivers pay the fine at the customs when exiting the country. Then he writes on the paper — “TL 140”.

Some time later I arrive at Malatya. The roads are as slippery as they were in Erzurum, but I feel myself a seasoned rider now and there is no way I will have an accident. The city looks crappy starting from the moment you enter it. The streets are dirty, people look somewhat annoyed and the whole environment feels unwelcoming. I stop and open my Lonely Planet book to find a good hotel. Then put the address in my Android and navigate to it using Google Maps. The place where I arrive does not even remotely feel like there could be any hotel there.

I get off the motorcycle and approach some people to ask for a hotel. Nobody even answers my “Hello”, as if I don’t exist. Spooky!

I get on the internet, and find allegedly the best hotel in Malatya. Ride there through really chaotic traffic, and woah!

Malatya is what Yerevan’s Malatya market would be, if it was separated as a town on its own. It feels like a huge dirty market, that is so intense that even in front of the best hotel in the city some folks are selling sport shoes, and you actually have to twist around if you wanna enter the building. 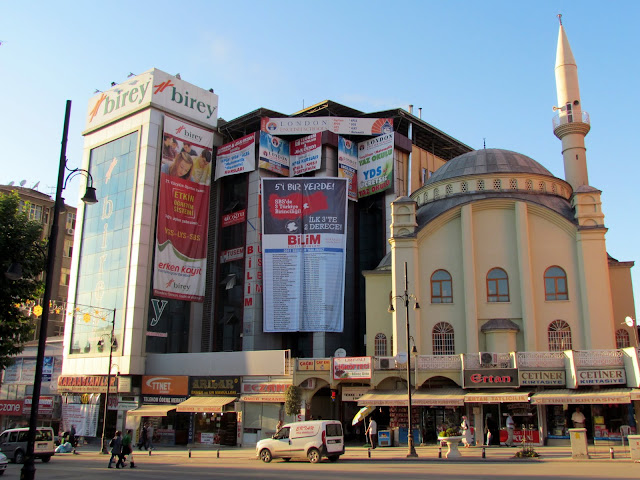 This photo is not just a random view. Even the first floor of the mosque looks like it hosts a market of goods of some sort. 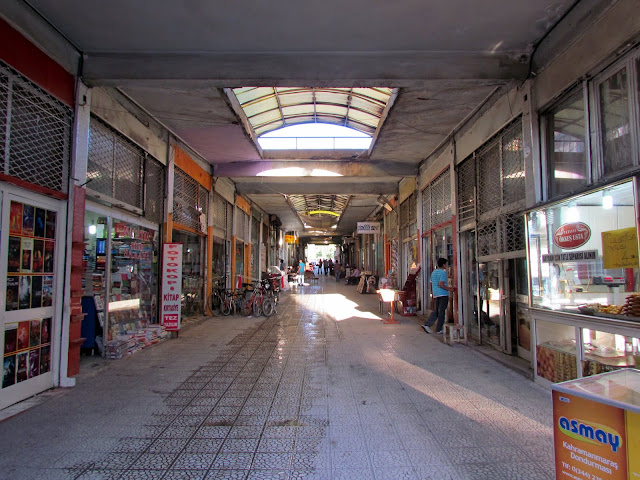 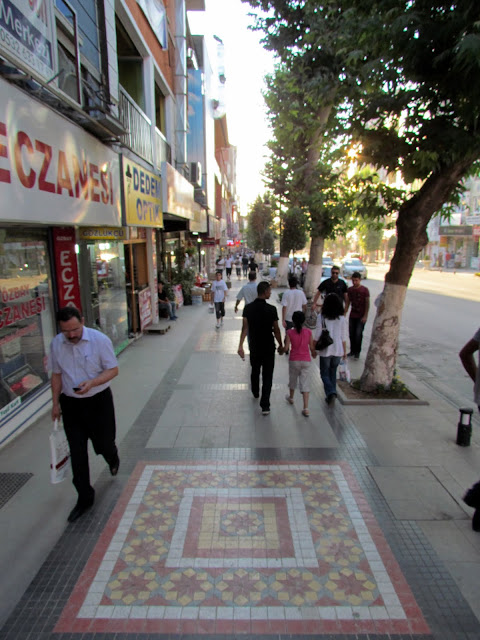 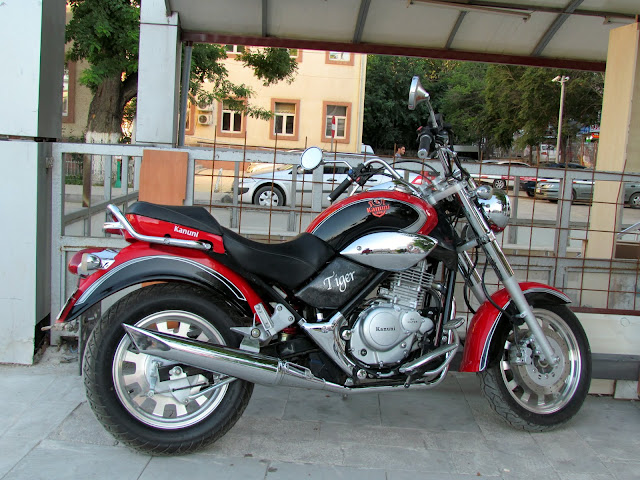 I think this is Mustafa Kemal, although I am not sure. 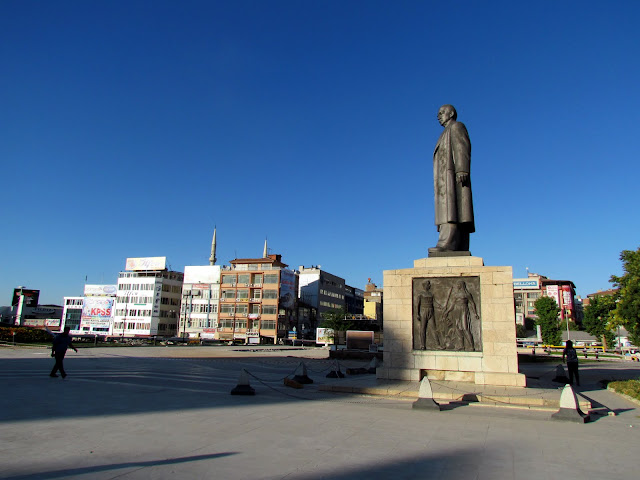 The central square reminds of some Armenian town, but I can’t remember which one exactly. 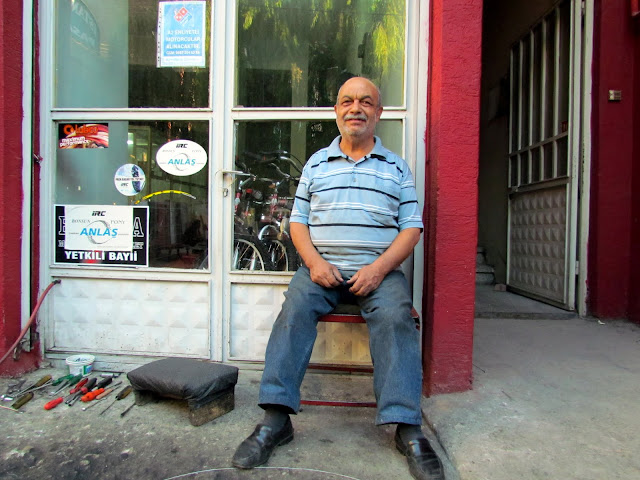 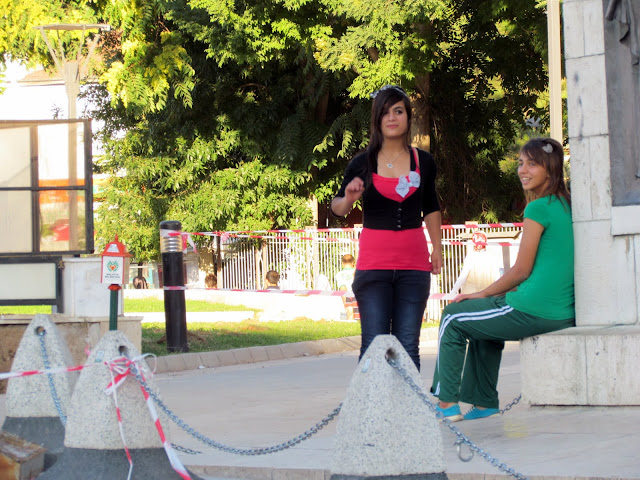 And of course, red apple! Target the right crowd for your outfit! 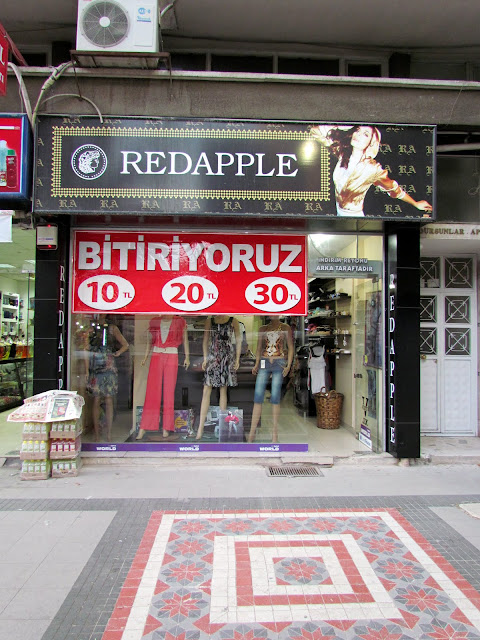 I was extremely hungry, so I stepped into some steakhouse, where they said that all tables were reserved although it felt like they were just giving me shit because my hair looked messy. I went to the restaurant next to it, where I had 2 crappy lahmacuns and was asked to pay 25 liras for that — most I ever payed for food for one person anywhere in Turkey, including Istanbul.

I walked back to the hotel and decided to never visit Malatya again. Simple as that. 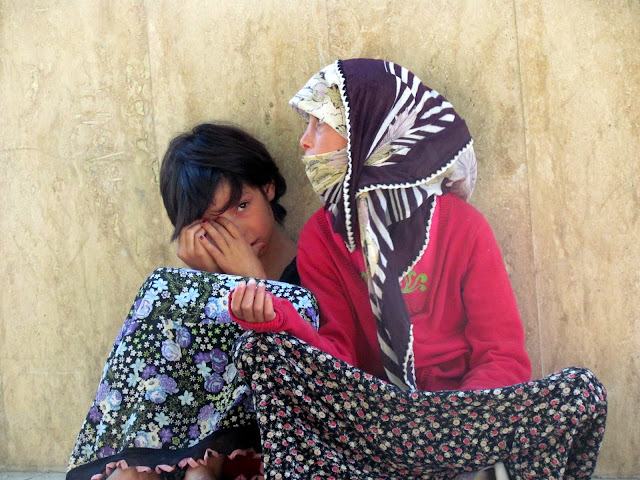