So you take your motorcycle on a ride every day, and on the weekends you trip the countryside. You quickly accelerate on the intersections and smile at the girls who look at you from the cars. You enjoy the sun glaring on your chrome while you’re chilling at a cafe and you bet with every 5-series BMW in the town that you will beat them to the next intersection. You do it for a year. Two years. Three years. But with every kilometer rolling on the odometer, the motorcycle whispers to those who listen: motorcycling is not about speed or looks… well, not primarily.

Being a fresh rider, I used to hate rides with no destinations. I remember the old riders looking at me with indulgence when I rushed to get there, and how I thought they were old cripples to not push their motorcycles to the limits. But when you hold on to the grips for too long, the motorcycle does whisper to you.

It is about the road you take to get there. It is about how you ride that road. Not about how fast. Just about how. And then this realization strikes you and you stop for a moment. You breathe, you look around. You realize you don’t want more destinations. You want more roads. And what you once hated very sincerely becomes the most beautiful vehicle to your eyes that could ever be designed. 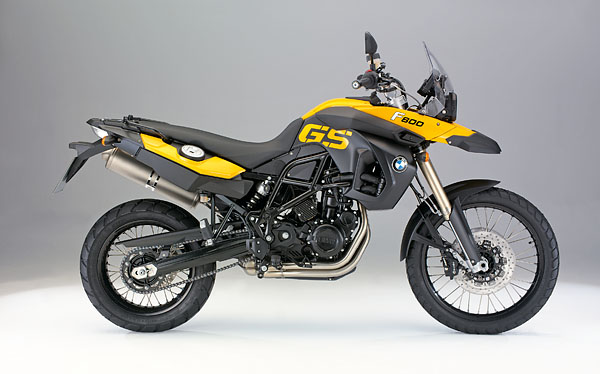 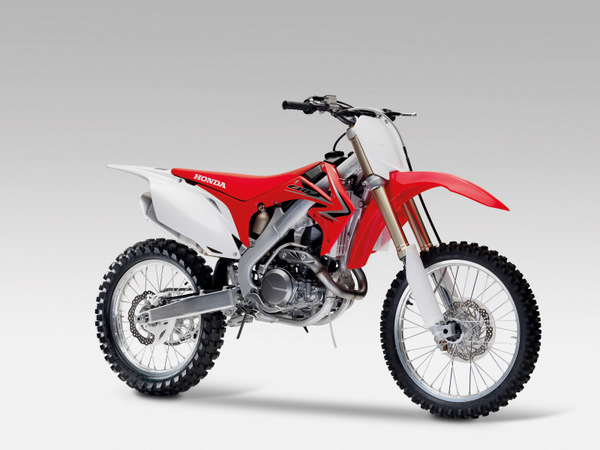 So after my current CBF500 I know exactly what am I going to own next. I cannot wait. And who could? I am finally going to ride a vehicle that is really essentially designed to be a ground vehicle, from its core. I am going to experience freedom of movement unimaginable with any other vehicle. It is going to be fast. Not too fast. It is going to be sexy. Not too sexy to the ones non-transcended. It is going to be a Honda. 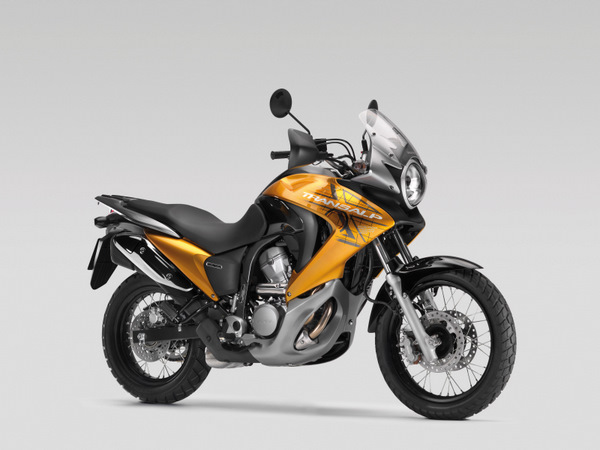 Remember, kids. If you think Enduros are not cool, you are wrong. If you think motorcycling is about speed, it might be — but only for the select few like Valentino Rossi and on very specially designed tracks and events. If you think motorcycling is about style, and you’re ready to spend that much on style, way to go — give me a call to have some beer together! And especially, if you are just starting to get into riding and you’re wondering about what you want to stick to, give the offroad a second thought after you initially disregard it. Keep in mind, it is very probably that offroad is where you will get anyway, with time. Just in case, watch the Long Way Round starring Obi Wan Ewan McGregor and Charley Boorman.

The Enduros opened my eyes in a way no other motorcycle ever could. They opened whole millions of roads to ride in my small beloved country. They turned Armenia into a paradise for motorcycling.

It started being about the adventure.

I really loved the Honda Shadow. I kinda hated the one in Honda’s European model lineup, but the American model was my dream bike. I was riding my Rebel and dreaming a Shadow, so much that at times I got real close at purchasing one!

At times I considered purchasing other cruisers…

But in the end it was really Honda’s Shadow that had my heart.

So I rode my little cruiser getting annoyed with its low CCs, thinking of switching it with a big cruiser instead. I remember a friend telling me that my age is not yet that of a cruiser and that I should enjoy other types of motorcycles before I’m 40, but I didn’t pay attention to that until my business trip to Germany. In Bielefeld I had an opportunity to rent a motorcycle (thanks to my colleague Mr. Klein), and when they said they didn’t have a Shadow, I immediately recalled my friend’s sayings, thinking that I should give the naked bikes a shot. The guy on the phone said I could rent a Suzuki Bandit 600, and I went with it.

I remember the first feelings of the high-rev sporty engine in my hands and that was the moment I figured out that the naked streetbikes were way sexier than the cruisers. They were created for urban riding and urban riding was what I was mostly doing. Agile in the traffic among the cars, fast to accelerate and to brake, and finally — sexy almost like the sportbikes! I rode my Bandit a lot. I rode it on the german Autobahns and for commuting locally as well as cross-town tripping and just riding around. The class had proven to be very comfortable for tarmac and I loved the little slice of performance that it offered.

Naked was sexy because the engine was out for anyone to see and it made the motorcycle look very straightforward, rational and somewhat aggressively beautiful. The plastic fenders, covers and fairings of the sportbikes made them look like plastic toys in my eyes and so inside my brain the streetfighters actually beat the sportbikes in terms of the style. And man was that retro headlight hot!

Aside from the style, streetbikes seemed cool because they were created for being ridden in the city. Adding this to the naked engine style, their intent was put out so daringly that an engineer type of a person like myself was in love at once!

I rode the motorcycle for two weeks in North-Rhine Westfalia and flew back to Yerevan determined that my next bike is going to be something like the Bandit, except it had to carry Honda’s logo on the fuel tank. After coming to terms with my finances for a while, I paid a visit to the local Honda dealership and saw this:

I think these series will contain some interesting aspects for people who are not yet into motorcycling as well as those who already ride, as you will probably find similarities.

So when I did not have a motorcycle yet (and did not make any sense in the types of motorbikes), my vision of a motorcycle was that of a sportbike. Of course I knew the cruisers (I ignorantly called them ‘Harleys’) and I knew the classic bikes and I had a very small knowledge of the offroad motorcycles which I hated, but if I would be shown different types of bikes and had to point my finger at the one I thought was coolest, it would definitely be the alienish designed sexy sportbike. And no wonder, because I knew they were fast and when you don’t actually ride, motorcycling feels all about speed.

However, back then I could not just simply buy the bike I wanted (not even the class of the bike I wanted!), and the circumstances brought me a small Honda cruiser — the excellent Honda Rebel CA125. I learned to ride on it and travelled a lot, falling in love with my small cute chopper that felt so big on the first day it was brought to my garage from Vedi.

At first I was pretty unhappy with riding a cruiser, but it has slowly revealed a whole new dimension of motorcycling to me that I could never discover otherwise. I started to feel that motorcycling was not really as much about speeding as it was about the philosophy of riding, the philosophy of control, some danger, adventuring, freedom, freedom and freedom. I think this was very good for my motorcycling experience as a whole, because I figured that the pleasure of motorcycling was much richer and bigger than that of speeding in the open air, becoming forever ‘whacked by the motorcycling bug’. However low in its CCs, the Rebel was great at injecting these concepts into my body and soul (changing it permanently) and after a couple of seasons I realized I’m a cruiser type of a guy. You know when you’re a teenager you wanna choose and stick with one thing, easily labeling yourself and the others! Having ‘found’ myself, I did not expect this would change, but it was a juvenile thing to think!

One significant future-changing permanent impact that the Rebel had left on me though was my huge and long-lasting love affair with Honda. I was amazed by the engineering talent put behind my small machine and the quality of production was just astounding! I knew since that all my future motorcycles were going to be a Honda, and this determination is alive to this day.

It still touches my heart when someone talks positively about Honda, and I am ready to engage in an endless debate with the ‘R1 is better than Fireblade‘ type of fellows having Honda’s bulletproof ‘gearbox’ argument in my arsenal.

So the first major battle inside my head after starting riding was won by the cruisers, and I already knew I was not going to own a sportbike in a very long period of time. The cruisers felt way cooler, very attractive and stylish with an enormous spirit about themselves, and the rumbling of the engine was so addictive that I didn’t understand anyone who wanted to ride anything else. So my dream motorcycle at the time became Honda Shadow — Honda’s flagship cruiser.